On December 13, 2012, the American Academy of Pediatricians (AAP)  announced its endorsement of H.R. 6358, the Cell Phone Right To Know Act. 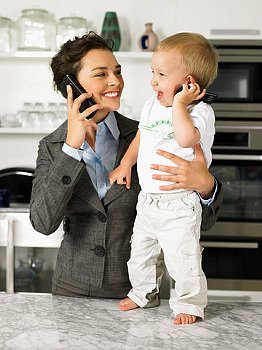 H.R. 6358, introduced by Congressman Dennis Kucinich (D-Ohio), is a bill to grant a consumer’s right-to-know, by providing for warning labels on cell phones.

The bill would create a new national research program to study cell phones and health, and would require the Environmental Protection Agency to update the outdated Specific Absorption Rate (SAR).  The current standards are 16 years old.

In 2011 the World Health Organization concluded that there was sufficient evidence to classify cell phones as “possibly carcinogenic to humans.”

Because of the differences in bone density, children are more vulnerable to cell phone radiation than adults, and are subject to absorbing higher levels deeper into their brain.